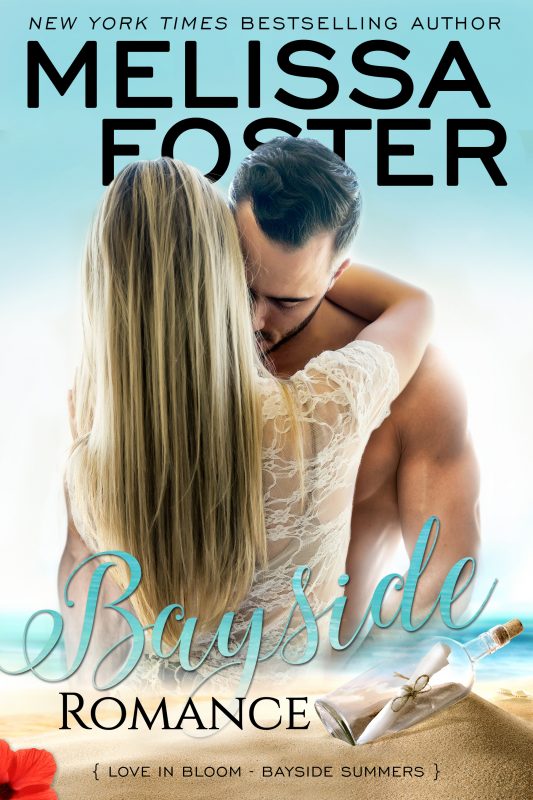 Fall in love at Bayside, where sandy beaches, good friends, and true love come together in the sweet small towns of Cape Cod. Bayside Summers is a series of standalone steamy romance novels featuring alpha male heroes and sexy, empowered women. They’re fun, flirty, flawed, and easy to relate to.

Gavin is about to find out that Harper really does exist—and she’s going to knock his socks off! Find out for yourself in Bayside Romance!

When screenwriter Harper Garner got a shot at the big-time in LA, she celebrated her brave cross-country move with her first and only one-night stand—connecting so deeply with the sexy, brilliant man, she broke the number-one rule of one-night stands and left her phone number. Not hearing from him was only the first in a long line of hope-shattering, confidence-busting blows. Ten months later, Harper is done with men and done with LA. She pulls up her big-girl panties and heads home to Cape Cod to start over.

On the surface, interior designer Gavin Wheeler has it all: a successful business, a loving family, and a close-knit group of friends. But Gavin once endured a heartbreak so painful, he was sure he’d never feel anything for a woman again. A chance encounter at a music festival with a gorgeous, down-to-earth blonde proved him wrong, but when morning came, the woman who made him crave more was gone.

A serendipitous evening reunites Harper with her devastatingly delicious one-night stand, and the connection is just as intense as she remembered. Harper’s life is too unsettled for a relationship, but Gavin is determined to help her find her way, especially if it leads straight to his heart. Moonlight conversations lead to steamy kisses, and as romance blooms, it stirs a love too real to deny. But when Gavin’s past collides with the life their building, it has the power to ruin everything.

Harper left Cape Cod for LA to attempt her hand at screen writing but before heading out she went to a festival where she had her first and only one-night stand. Gavin always thought that Harper was an imaginary person that all of his friends made up until she actually appears at one of their bonfires on the beach. Gavin is stunned to find out that Harper is actually the woman he had the one-night stand with ten months ago that he has not been able to get out of his mind. Their connection is just as intense as it was at the festival but Harper is not ready for a relationship. After Gavin realizes that Harper had left him her number and wanted to see him again, he is determined to help her.

I gave Bayside Romance 4 maple leafs and is a recommended read.